Is The Bible True?

Is the Bible True? - A Remarkable Book
Is the Bible true? Certainly the Bible is a remarkable book -- unquestionably the world's all-time bestseller with countless millions of copies in print. A single Bible distribution organization reported delivering over 627,000,000 Bibles worldwide in one year alone (United Bible Societies, 1999). 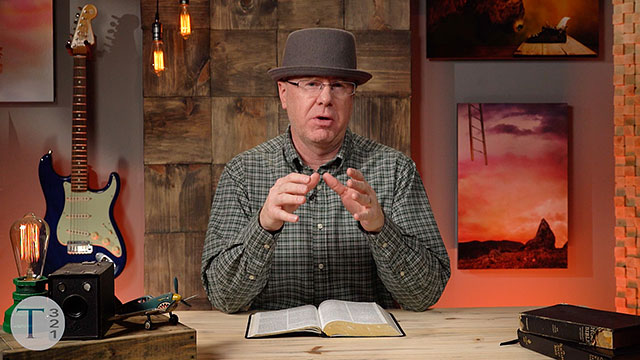 Actually, the Bible is a compilation of 66 books written by over 40 separate authors from a variety of backgrounds (from lowly peasants to noble kings) over a period of at least 1,600 years. These 66 books are divided in two principle parts, the "Old Testament" (39 books) and the "New Testament" (27 books). The Bible was completed in its entirety nearly 2,000 years ago and stands today as the best-preserved literary work of all antiquity with over 24,000 ancient New Testament manuscripts discovered thus far. Compare this with the second best-preserved literary work of antiquity, Homer's Iliad, with only 643 preserved manuscripts discovered to date.

Is the Bible True? - "…By inspiration of God"
So, is the Bible true? If the Bible is indeed what it claims to be, the implications for us are considerable. The Bible candidly claims to be "given by inspiration of God, and is profitable for doctrine, for reproof, for correction, for instruction in righteousness" (2 Timothy 3:16). Of course, the Bible is not the only book to claim divine inspiration, but it is unique in that it offers substantial evidence to back its claims. It even goes so far as to challenge its readers to put it to the test, exhorting us to "Test all things" (1 Thessalonians 5:21).

Is the Bible True? - The Test of Prophecy
Is the Bible True? Unquestionably, the single greatest evidence lending to the veracity of the Bible's claims of divine inspiration is the fulfillment of Bible prophecy. Consider this: if man were able to clearly and consistently foresee the future, would the billion-dollar Las Vegas gambling industry exist? We're willing to bet it wouldn't. As man by himself is unable to foresee future events, prophecy is a reasonable indicator of supernatural inspiration. The Bible purports to contain more than a thousand inspired prophecies. The vast majority of these prophecies have already come to pass and can be verified by secular history. Consider, for example, Ezekiel's prophecies concerning God's judgment against the ancient Phoenician capital of Tyre (Ezekiel, chapter 26). The prophecy states that Tyre would first be razed by Babylonian King Nebuchadnezzar. Later, it would be utterly destroyed by a coalition of nations, flattened like the top of a rock, its ruins (and even its dust) scraped and thrown into the sea, becoming a place for fishermen to spread their nets. The surrounding nations would witness Tyre's fate and surrender without a fight. It's a rather odd prophecy. Amazingly, the conditions of Ezekiel's prophecy were fulfilled, even to the tiniest detail. Nebuchadnezzar sacked Tyre. Later, Alexander the Great led a coalition of nations against Tyre, demolished it, scraped it to bedrock and threw its ruins into the sea. The ancient site became (and remains to this day) a place for local fishermen to spread their nets to dry. (For secular confirmation, see General History for Colleges and High Schools, Boston, Ginn & Co., p. 55).

Is the Bible True? - Prophecy Fulfilled in 1948
Is the Bible true? Prophecy is not just a phenomenon of the ancient past. Bible prophecy is being fulfilled today before our eyes. Consider the nation of Israel. The Jews were "the least of all peoples" (Deuteronomy 7:7), without a homeland and without freedom, serving as slaves in Egypt. At the time, Egypt was the dominant world power. However, because of a promise God made to a man named Abraham, his son Isaac, and his grandson Jacob centuries earlier, God rescued the Israelites from their bondage "with a mighty hand, and with an outstretched arm, and with great terribleness, and with signs, and with wonders" (Deuteronomy 26:8). God gave the Israelites a homeland of their own, made a covenant with them, and entrusted them with the Bible. Israel was a nation set apart for God -- God's testimony to a world that turned its back on the One who created them. Sadly, Israel's history, like that of the world's, was one of constant rebellion against God. Over and over, the Jewish people would rebel, suffer God's wrath, humble themselves, regret their rebellion and turn back to God, and receive God's blessing again - then start the process all over again… Finally, God sent nations upon them (like He did with ancient Tyre) and drove the Jews from their homeland. In 70 AD, Roman legions decimated Israel, dispersed the Jews throughout the world, and banned them from ever reentering their homeland. The Jews were without a homeland for 1,900 years! Nevertheless, God promised the Jews that though He would remove them from the land, they would remain an identifiable people and would return to their land again. (see, for example, Leviticus 26:13-16; Nehemiah 1:8-9; Deuteronomy 30:1-5). It is a miracle in itself that the Jews have survived and remained an identifiable people without a homeland for 1,900 years. All other nations who have ever lost their homeland became assimilated into the surrounding nations and lost their identity within a few hundred years. Yet the Jews have remained and miraculously returned to Israel as their official homeland in 1948.

What do you think?
We have all sinned and deserve God’s judgment. God, the Father, sent His only Son to satisfy that judgment for those who believe in Him. Jesus, the creator and eternal Son of God, who lived a sinless life, loves us so much that He died for our sins, taking the punishment that we deserve, was buried, and rose from the dead according to the Bible. If you truly believe and trust this in your heart, receiving Jesus alone as your Savior, declaring, "Jesus is Lord," you will be saved from judgment and spend eternity with God in heaven.

What is your response?

I am a follower of Jesus

I still have questions

Listen to the Podcast
Is the Bible True?